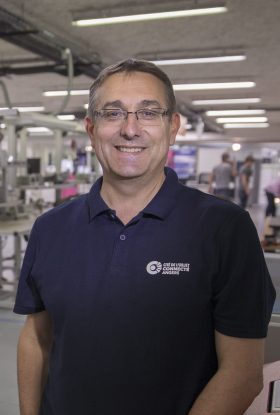 Philippe Ménard is an electrical engineer who graduated from ESEO in 1983. He started his career at Motorola. From 1985 to 2008, he worked successively as test engineer, test manager and program manager with Motorola and then with Continental. He joined the éolane group from 2008 to 2014 as Business unit manager in microelectronics. Philippe Ménard has been working on the “Cité de l’Objet Connecté” project since January 2015, he is Managing Director at Cité de l’Objet Connecté since February 2015.